The State of the Expanded Public Works Programme (EPWP)

South Africa’s growth domestic product recorded its fourth-quarter growth of 1.2% in 2021, growing at 4.9% on average[1]. Although this was an expansion of the economic growth, the economy was 1.4% smaller than before the Covid-19 pandemic.  The shocks and stresses from the pandemic have been most felt in our cities, where the stagnant growth is also in part due to electricity cuts, protest action and violence taking place in South African cities. In the absence of a clear national industrialisation path that the country needs, the situation in cities is further exacerbated by the pressure placed on cities by population growth that exceeds the requisite supply of jobs.

The Expanded Public Works Programme (EPWP) remains one of the initiatives within a broader government strategy aimed at reducing poverty through the reduction of unemployment. The central principle of the EPWP is to utilize labour-intensive methods to optimise job opportunities. But as we’ve witnessed, finance emerged as the biggest industry in terms of GDP contribution, followed by personal services. Some of the complementary sectors to the EPWP’s objective (agriculture and construction) were the least contributing sectors to growth, despite the relative growth witnessed in the agricultural sector.

But what is possible for the South African economy to emerge from this crisis? Cities must be decisive about exploiting technologies that not only enable growth but also advance high-value sectors that will give impetus to economic growth. This involves among things growing the green industry sector that will offer solutions to the country’s structural socio-economic problems and embracing ‘jobs of the future’. Through rigorous skills development initiatives in areas such as agriculture, transport and energy, the transition to greener economies can potentially provide a solution to the country’s socio-economic problems, by integrating non-participants into the economy.

The jointly conceived and quarterly hosted SACN-EPWP Reference Group (RG) has noted the limited training offered to participants in green and digital industries, in view of the global race to decarbonise and digitize the economy. Training has thus far been exemplified by the cities of Cape Town and Ekurhuleni. The RG has also noted the importance of having sustainable, formal exit strategies in EPWP programmes across cities. The RG members comprise officials responsible for the implementation of EPWP projects in Tshwane, Mangaung, Ekurhuleni, City of Johannesburg, Msunduzi, Nelson Mandela Bay Metro, eThekwini, and Buffalo City.

In response, the SACN is exploring the ways in which the EPWP could potentially be utilised to increase the number of vulnerable individuals accessing training and work opportunities in the digital and green economies, with a particular focus on women, youth and persons with disabilities. Private sector partnerships are critical in creating opportunities for permanent employment for EPWP participants following their involvement in the programme.

In other platforms and engagements, the SACN will be convening a city peer to the peer learning platform, targeting all stakeholders responsible for implementing public employment programmes. This is to leverage the valuable experience amongst stakeholders in the implementation of PEPs in their various localities and contexts across the country.  The SACN-EPWP RG continues to serve as a forum for facilitating information and knowledge exchange and enhancing coordination between the cities and relevant national departments toward the successful implementation of EPWP in the cities. The quarterly reference group is held in March 2022. 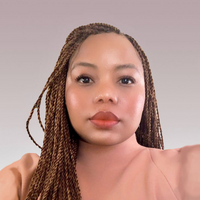 Kgomotso Tolamo is the Programme Manager for the Productive Cities Programme at the South African Cities Network. To contact her email kgomotso@sacities.net 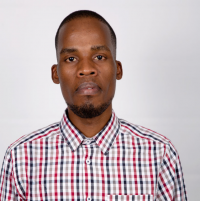 Kopano Ntsoane is a Junior Researcher at the South African Cities Network. To contact him email kopano@sacities.net