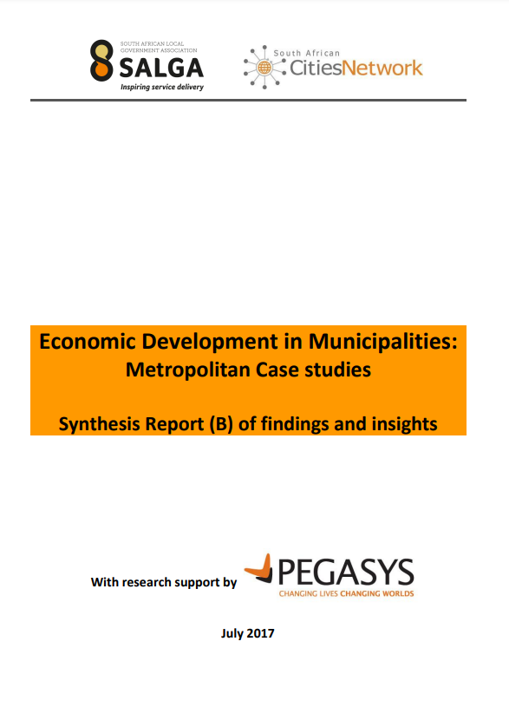 With a focus on inclusive economic development in metropolitan cities, the study objectives of this follow-on phase are described as follows:

Where the previous study developed case studies of four municipalities representing different municipal typologies (i.e. metropolitan, secondary city, small town, and district municipality), this phase of the study has focussed exclusively on three metropolitan cities, namely: the City of Johannesburg (CoJ), the City of Cape Town (CoCT), and eThekwini Metropolitan Municipality. Comparing similar cities with each other allows for the identification of trends, and opportunities to take forward into subsequent work on optimising the inclusive economic development function on cities. This report provides a synthesis and overview of the case studies and key findings.