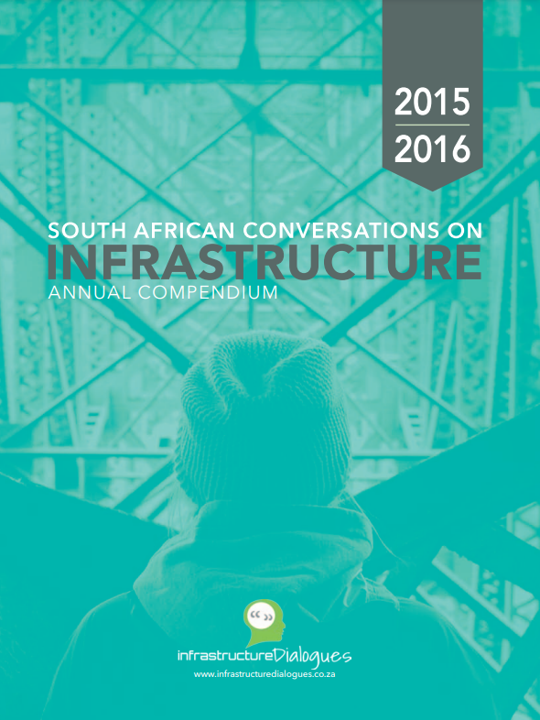 The Infrastructure Dialogues is a high-level platform for stakeholders in the infrastructure sector to discuss and share their views. The value of the Dialogues is enhanced when senior leaders and managers from government, the private sector and civil society continue the conversation once the event itself is over. Each Dialogue is recorded so that interested people who have not been able to attend in person are able to read a report of the proceedings and join in the conversation. This Compendium of the Infrastructure Dialogues 2015 – 2016 is a distillation of those conversations, presenting the key themes and identifying issues that preoccupy those who are constructively involved in improving South Africa’s infrastructure.

This Compendium provides an overview of the key themes that emerged from the five dialogues held between May 2015 and April 2016. The Infrastructure Dialogues are jointly hosted by the DBSA, South African Cities Network (SACN), National Business Initiative (NBI), Economic Development Department (EDD) and Department of Planning Monitoring and Evaluation (DPME) in the Presidency. Topics discussed over the past year ranged from sustainable municipal financing for capital projects to the revitalisation of township economies.