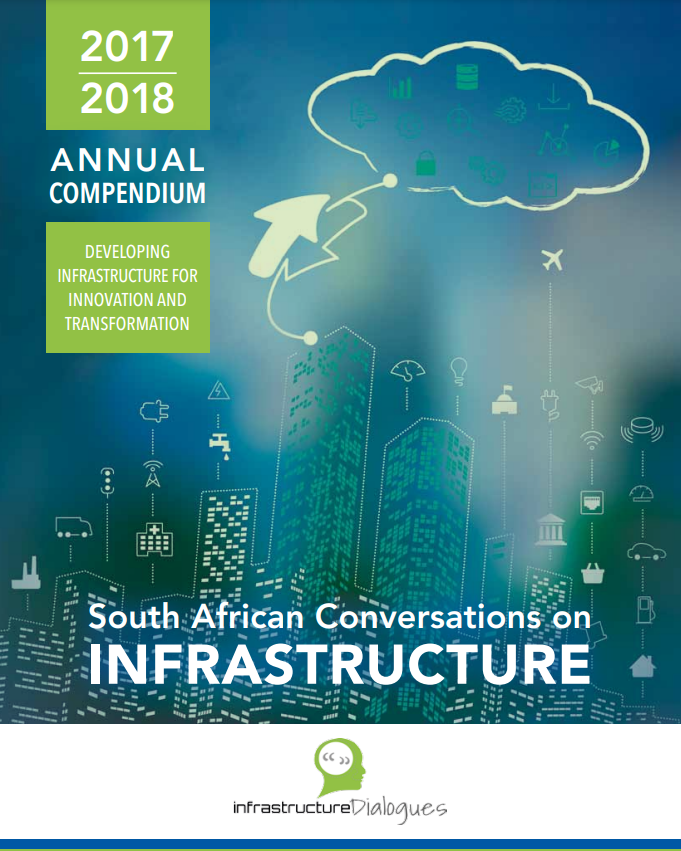 The Infrastructure Dialogues is a high-level platform for stakeholders in the infrastructure sector to discuss and share their views. The value of the Dialogues is enhanced when senior leaders and managers from government, the private sector and civil society continue the conversation once the event itself is over. Each Dialogue is recorded so that interested people who have not been able to attend in person are able to read a report of the proceedings and join in the conversation. This Compendium of the Infrastructure Dialogues 2017–2018 is a distillation of those conversations, presenting the key themes and identifying issues that preoccupy all who are constructively involved in improving South Africa’s infrastructure.

The 47th Infrastructure Dialogue focused on the infrastructure needs and investment opportunities present in ICMs. The panellists presented national government’s strategy for ICMs, some lessons from one ICM (uMhlathuze Municipality) and the complex role of big business as the mainstay of a city’s economy. This provided the basis for a discussion on supporting the development of ICMs, including creating a critical mass of winners, insulating long-term plans, getting the basics right, talking to each other and making hard choices.