The 2006 State of the Cities Report provides a qualitative and quantitative analysis of South Africa’s largest cities, highlighting the important role played by cities in driving the national economy and improving lives. It analyses the trends that have affected urban development from 2000, and looks at what the various cities have achieved during the first local government term of office under a new municipal dispensation (following the Local Government White Paper, the Municipal Structures Act and the Municipal Systems Act).

The 2006 State of the Cities Report delivers a positive message about the growth potential of South Africa’s cities, and provides a wealth of data and analysis to support the myriad of stakeholders who shape and build the cities of the future. 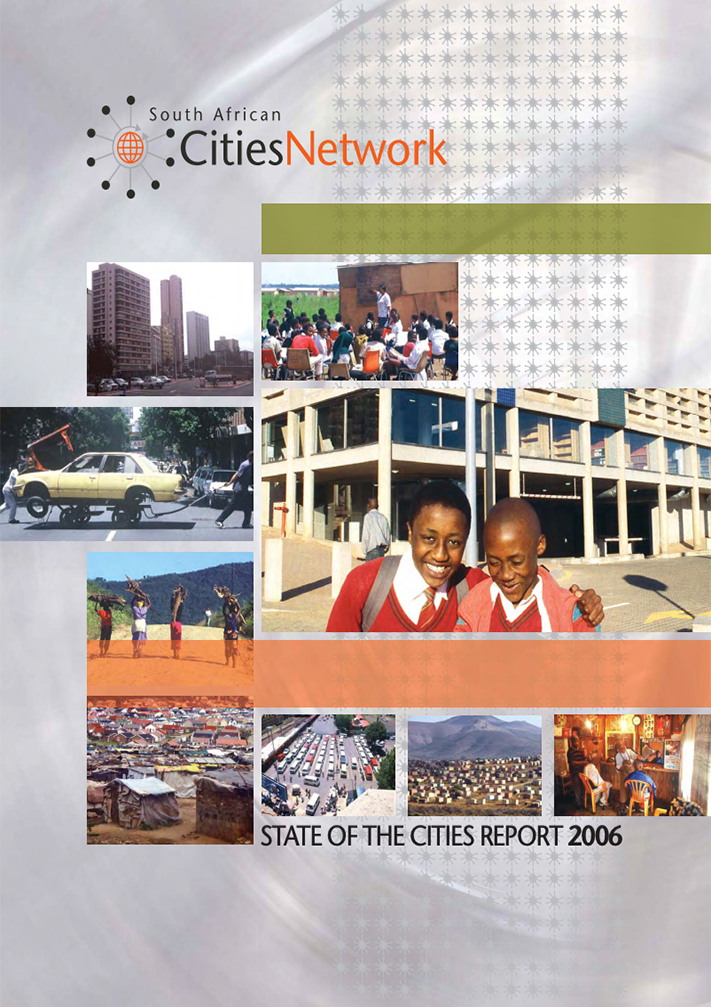 State of the Cities 2006 report 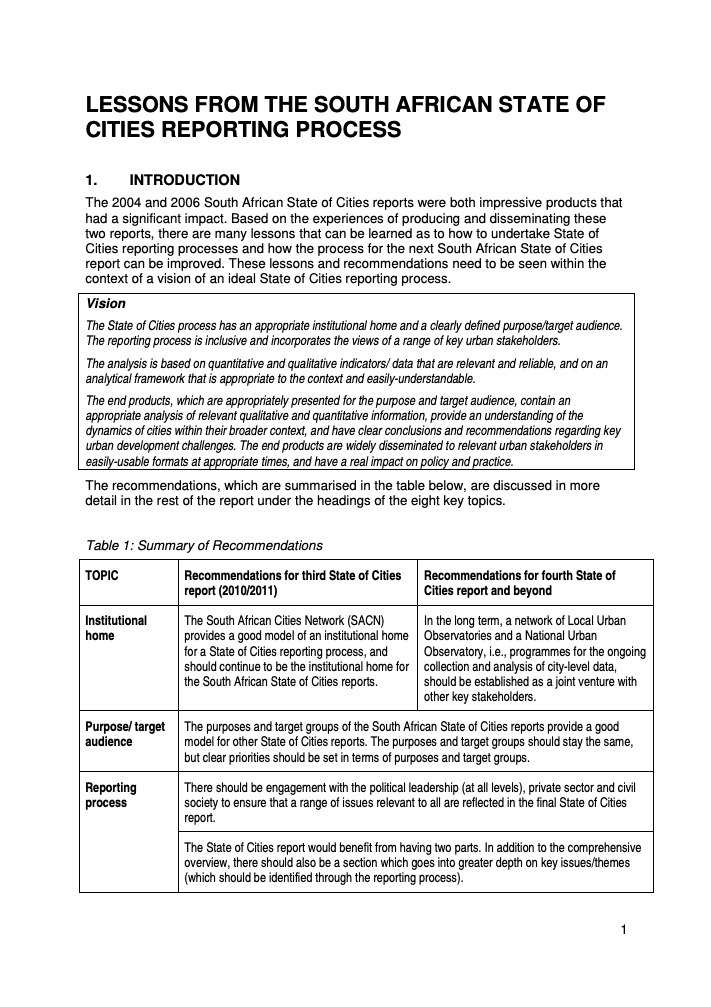 Lessons from the State of the Cities reporting process (2010/11) 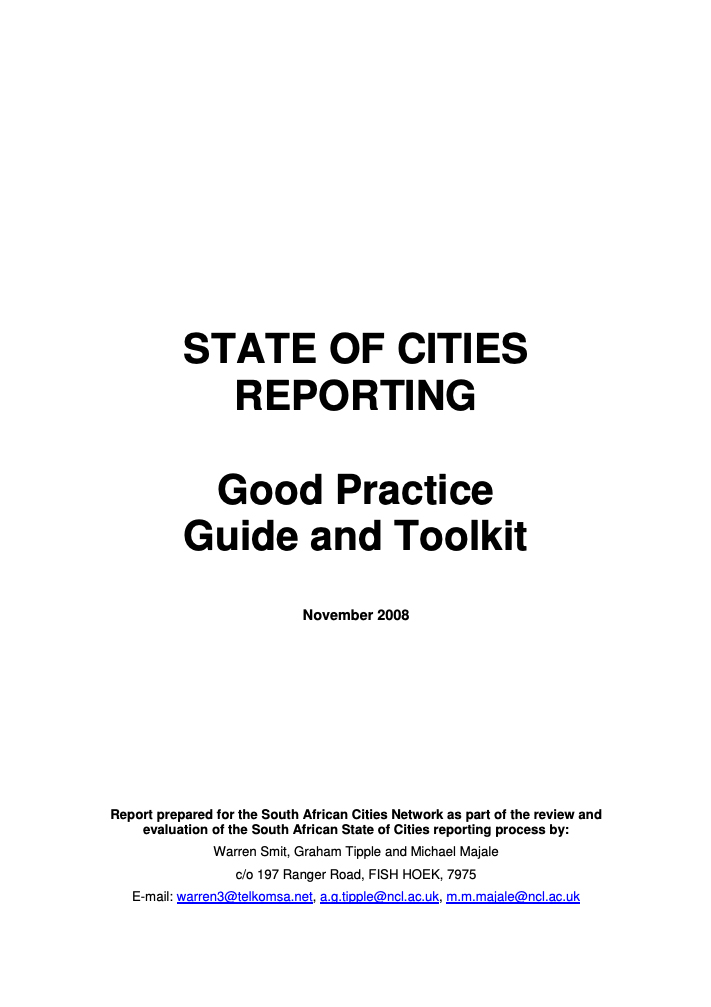